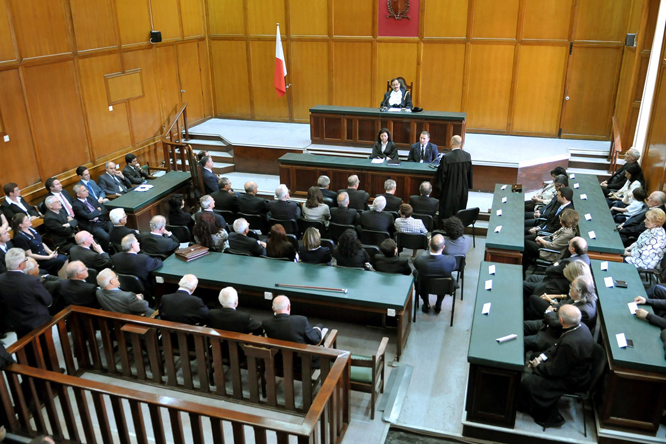 Libya’s sovereign fund, also known as the Libyan Investment Authority, has been divided into two branches while rival governments in Tripoli and Tobruk seek to take control of the assets of former dictator Muammar Gaddafi. The fund, believed to be worth in the region of $60 billion, has been the subject of a fierce power struggle between the internationally recognised government in Tobruk and the Islamist-led Libya Dawn that is in control of Tripoli.

The Maltese courts have recently been asked by Tripoli’s National Salvation Government – also known as Libya Dawn – to recognise their representative, Mohsen Ali Derregia, as the rightful controller of the Libyan-Arab Maltese Holding Company (LAMHCO). This subsidiary of the Libyan-Arab Foreign Investment Company is jointly owned by the Maltese government. In all, it controls around forty six and a half million euros worth of capital in the Vivaldi and Milano Due hotels, and has manufacturing firms based in Malta itself.

The problem is that LAMHCO’s directors in Malta still report to the Tobruk branch of the Libyan Investment Authority (LIA), but its former chairman, Mohsen Ali Derregia, has asked the courts to rule that he should be recognised as Tripoli’s lawful representative of the Libya Africa Investment Portfolio (LAIP).

The LAIP is currently being run from Malta by Hassan Bouhadi, with Ali Hebri as chairman, and Ahmed Kashadah as executive director. They are not unusual in running the Portfolio from Maltese offices rather than back in Libya. Many Libyan entrepreneurs and government officials are operating on the island since armed conflict in December saw the LAIP offices in Tripoli overrun by gunmen. Following that incident, Kashadah moved all the funds’ records to Malta for safety.

Bouhadi was originally brought in as the head of the LIA as a replacement for former minister Abdulrahman Benyezza in October 2014 by the Tobruk government as part of the ongoing power struggle, and installed Kashadah in Malta to actively run the fund as a replacement.

Derregia’s request is that Kashadah is terminated as LAIP representative in his favour, arguing that he, and not Kashadah is the duly appointed general manager of the Portfolio. Derregia has resisted attempts by the former prime minister Ali Zeidan to remove him from the LIA, claiming that such attempts were unlawful, and hopes that the Maltese courts will back him.