Today’s world is driven by the need to succeed, the need to earn, and the need to get ahead in the rat race. Time is money and an astonishing 33 million people in the world are $ millionaires, as of 2017! What’s heartwarming to know, though, is that global philanthropy is also growing. More people are becoming philanthropists, especially among the elite class of multi-millionaires and multi-billionaires.

While it may be extremely easy to get completely involved in one’s own dreams and ambitions, let’s take a moment to look at some facts. We share the world with roughly 7.5 billion other people, and over 3 billion of this number lives below the poverty line. That means that the $2.50 most of us spend on a slice of pizza in one go is someone else’s sustenance for the whole day. Such statistics may present a rather bleak situation, but more people are hopping on the bandwagon that leads straight to charity, especially many members of the corporate world, laying to waste the assumption that success is built on only taking as much as possible from other people. Corporate giving in 2016 increased to $58.28 billion, a 3.5% increase from the previous year. Even better, $281.86 billion, or 72% of charitable giving, came from individuals alone!

What Drives Successful People to Donate?

Major corporations across the world are increasingly contributing to international development through Corporate Social Responsibility (CSR), as well as business strategies. Globalisation isn’t just affecting the profits of companies’ and individuals, but also their giving, leading to tie-ups with several not-for-profit organizations (such as Religare’s tie-up with SOS Children’s Village), or corporate heads setting up their own charities (such as the Bill and Melinda Gates’ Foundation).

Recent studies show that the profits of the company influence their charitable giving. When companies set up operations in foreign countries, they are also moved to give to projects in the host country, and an increase in revenues from overseas operations led to more international gifts. The reasons behind such charity could be the alignment of business goals and the charitable nature of stakeholders, CSR or goodwill.

However, corporate giving alone cannot end the problems of the world, which is where individuals with a high net worth play a substantial role. Corporate bigwigs such as Bill and Melinda Gates, Mark Zuckerberg, Warren Buffett, and Michael Dell are only a few of the names who have made a difference with their philanthropy. Bill and Melinda Gates together have a lifetime contribution of $32.91 billion, a figure that forms 41% of their net worth. George Soros is another example, with a cumulative lifetime donation of $12.1 billion, or in other words, 49% of his net worth.

While it may be easy to dismiss the motivation behind the donations from successful people as simply being a case of “they have and so they give”, what really drives successful people to give? After all, isn’t it easier to keep what you have than selflessly give it away? Bill Gates famously said that he has no use for money. Is that only because he’s already had a taste of what nearly unfathomable wealth entails? 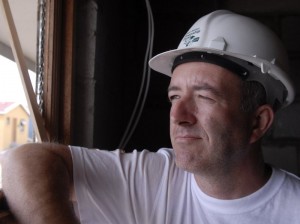 Contrary to popular belief, power doesn’t corrupt generosity. It is, in fact, quite the opposite! A University of Michigan study laid to rest this assumption through a series of experiments, proving that power actually leads more consideration for future generations and charity. The experiments showed that those with power chose to give away bonuses to those in need rather than keep it for themselves in a simulated situation. Property entrepreneur and philanthropist Niall Mellon, founder of Mellon Educate, explained his motivation to use his commercial success for good stating money alone is not fulfilling.

Another pathbreaking study by Wharton professor, Adam Grant, showed that the better path to success is through giving. In the study, “Give and Take”, Grant has put forward the thought that successful people are more prone to giving, contrary to popular belief. However, he has also stated that it may be a question of strategy. Successful people are careful to balance concern for themselves and for others and instead of helping everyone all the time, make sure to help many people much of the time and in ways that are highly beneficial to others yet not excessively costly to themselves.

The Legacy of Charity 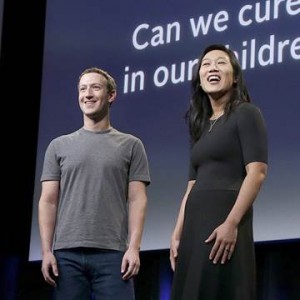 Ultimately, whatever their reason or motivation for giving, it cannot be denied that many successful individuals have made a difference to world poverty. With its charitable giving, the Bill and Melinda Gates Foundation has enhanced healthcare, reduced extreme poverty, expanded education opportunities and access to information technology in several countries around the world. Mark Zuckerberg and Priscilla Chan pledged 99% of their Facebook shares to the “Chan Zuckerberg Initiative” to aid human advancement around the world. George Soros’ “Open Society Foundations” aims to advance justice, public health, and education around the world.

The legacy that these charities and individuals leave behind is something that future generations will experience and hopefully, carry on. Charitable giving isn’t a trend; it is a way of life. Like we said, it may be easy to let those who “have” do the task of “giving”, but it’s important to remember that many successful people were already givers before they tasted the first fruits of success. Many options such as “donor-advised funds” are available to anyone who wishes to do their bit and leave behind their wealth for the utilisation of those who need them.

In fact, many companies have also made efforts to encourage employees to be givers, putting them through screening processes at the time of hiring or recruiting. In fact, psychologist Roy Baumeister stated that it is more important to screen out those who are takers, rather than givers, and doing so will create an effective environment not just in the office, but the marketplace as well. Such a process also allows employees to anticipate and be sensitive to the needs of others and contribute towards it.

As Jorge M. Perez said, “the worlds of art, philanthropy, and business are absolutely intertwined”. People such as Warren Buffett, Bill and Melinda Gates and George Soros, are only a few of America’s top 50 that have made a difference the world over. Such people are inspirations and their legacy isn’t just to make the world a better place for future generations, but for the current crop to learn as well.